Posted on 30th November 2020 in Blog by Andrew Mitchell Autumn is a great time for finding spiders around the house. At this time of year, many spiders head indoors to mate, and to avoid the coming cold weather. National Park Ranger Shaun Hackett takes a closer look at five spiders that you might be able to hunt out in your garden.

This spider can be found out during the day but is more easily found sitting in the centre of its web at night. This is a quite large pretty bodied spider with short stripy legs and variable in colour. Females can be twice the size of males. It constructs the classic orb-web up to 40cm wide often found in between bushes. It is sometimes referred to as the Garden Cross Spider, as many specimens have the appearance of a white cross or crucifix on their backs.

This is a very common species, noticed by the presence of its webs, that can appear in their hundreds on the grass and low vegetation on a misty morning. Take a look at the photo at the top of the page to see an example of their webs. 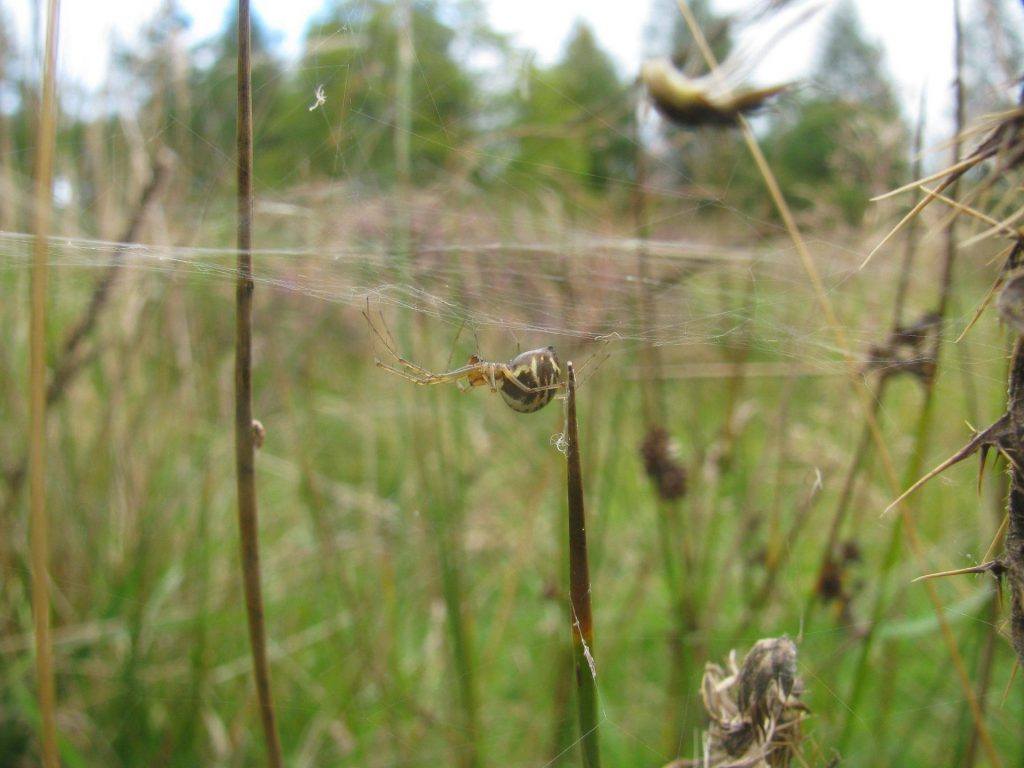 The web is designed to catch low flying insects being comprised of a horizontal or concave sheet with supporting silk lines above and below. The spider hangs upside down under the sheet and attacks prey that falls onto it from below.

This is another very common species, often seen in low vegetation where it builds its orb web which often lies at an angle. 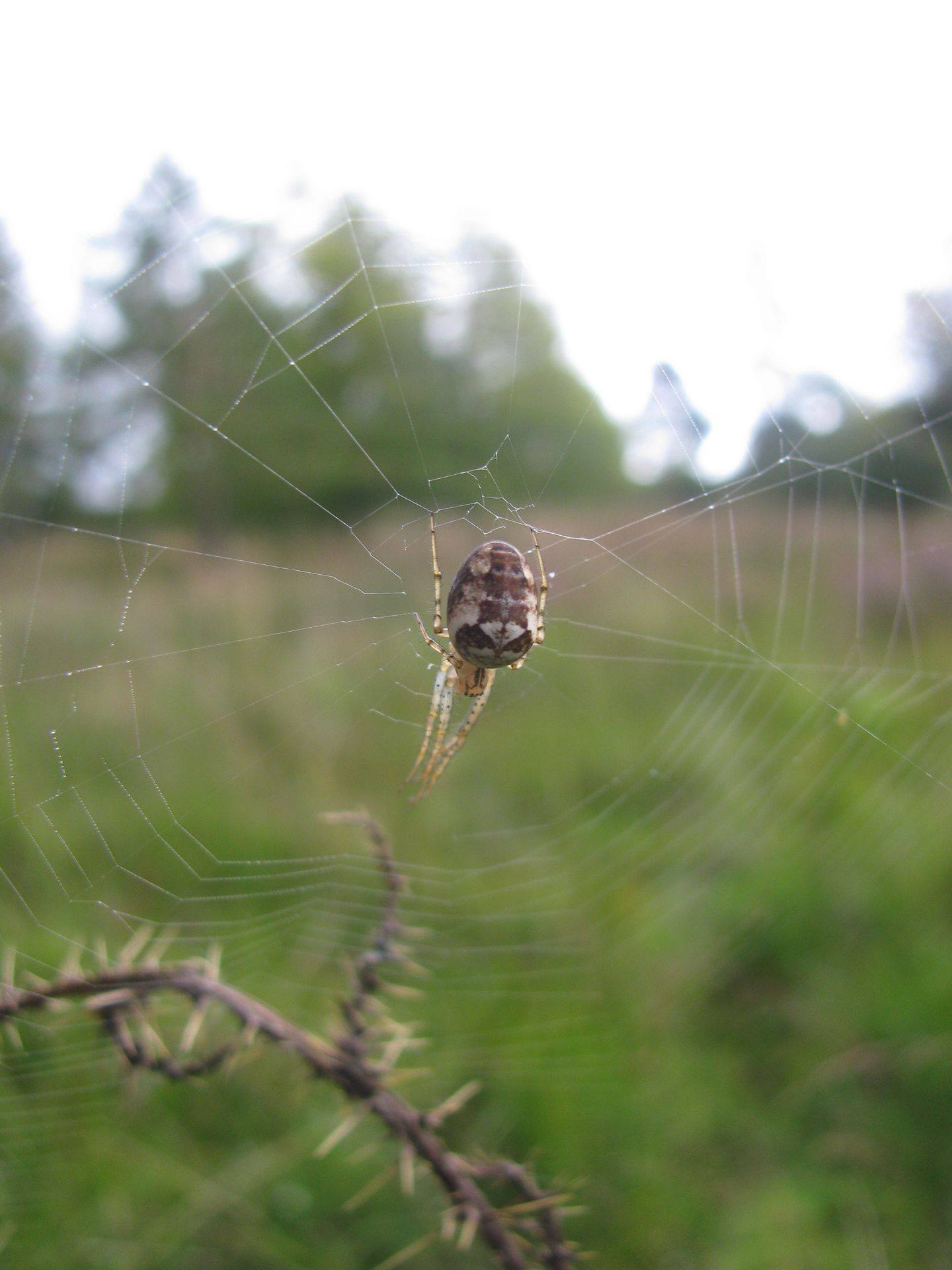 The spider can usually be seen sitting in the centre day and night. It is very variable in colour, but is often rusty brown and nicely patterned. Males are longer-legged and often seen at the edge of the web. If you’ve ever wondered which spider it is on your car wing mirror, this is most likely it!

This species of spider is a little trickier to spot as it is strictly nocturnal; the official name translates to `night shadow`. Its favoured place to live is under bark on trees but will utilise garden sheds, fences, and garden trellis. 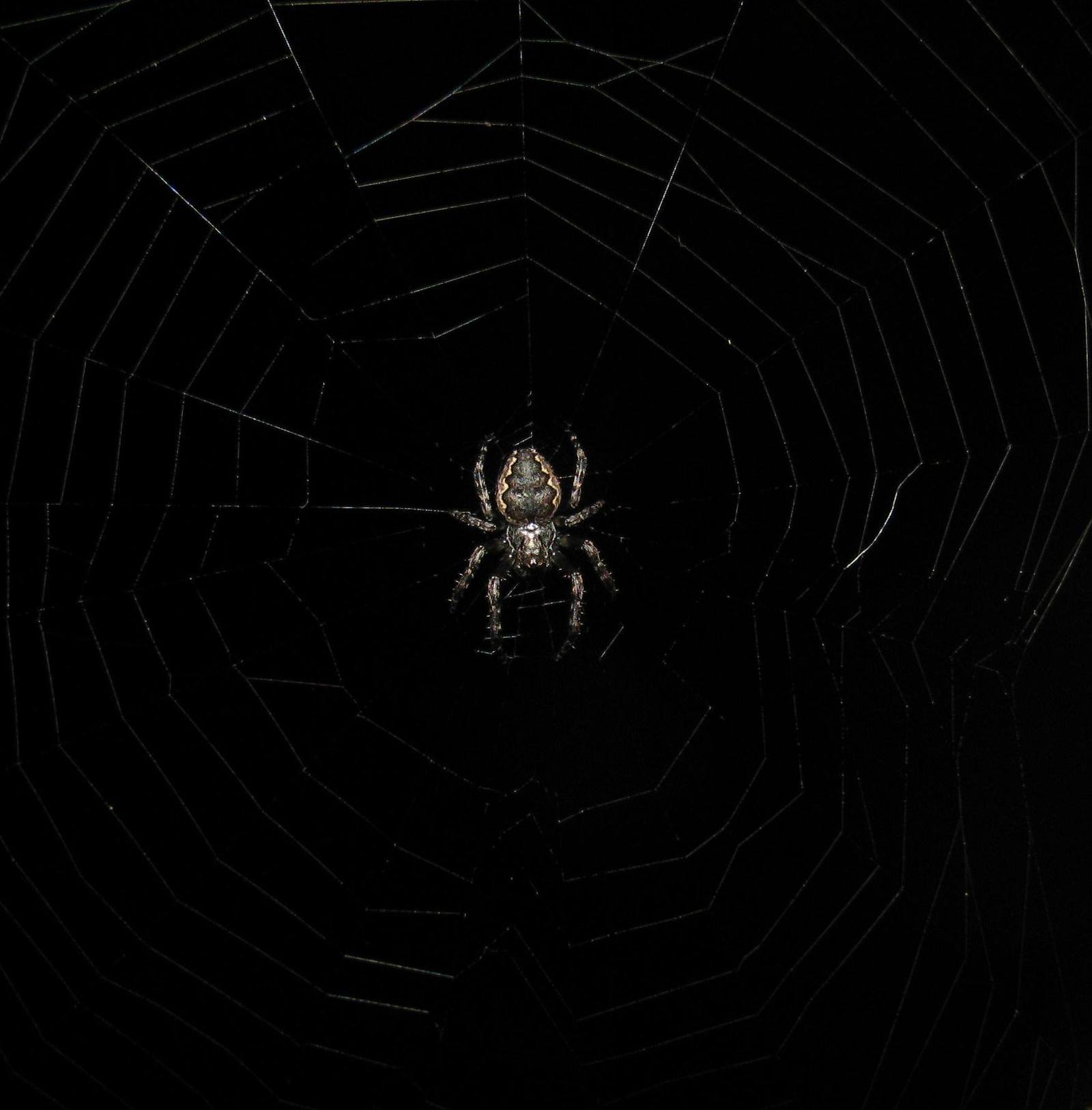 After dark, it will come out and sit in the middle of its large orb web where, if you look closer, you can see its flattened body designed to squeeze under cracks and crevices. It has a very striking body pattern and curiously two `spooky` white eye marks on its black underside!

This is a very common, small-bodied spider; brown and shiny in appearance. It is commonly found in garden sheds outhouses and other small wooden outside structures including Rabbit hutches, where it gets its other favoured name; the Rabbit Hutch spider. 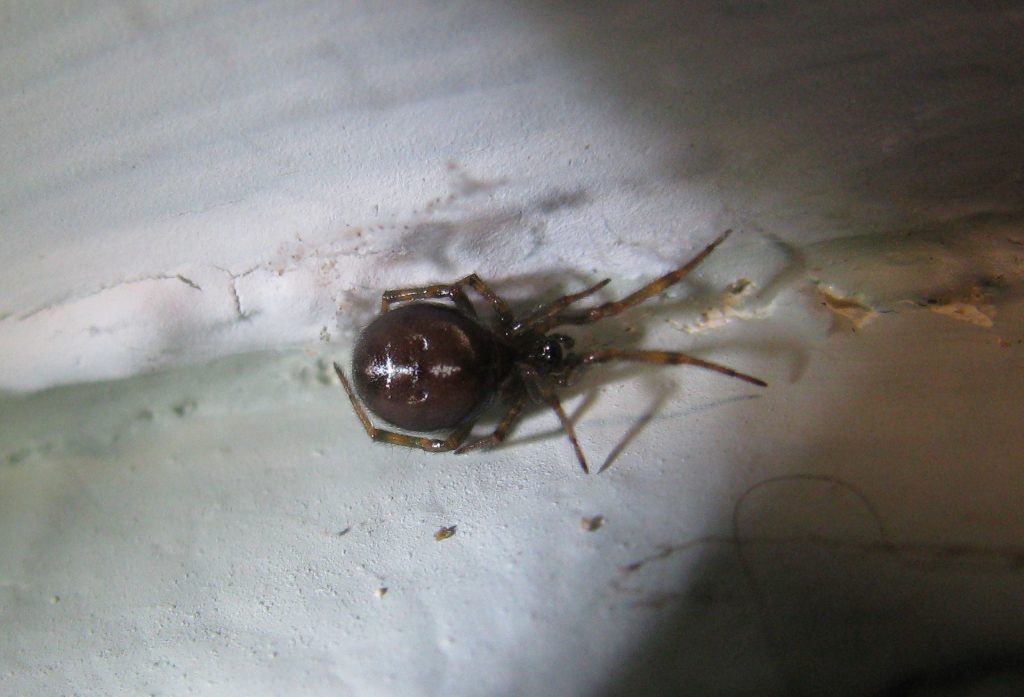 It makes a small but fascinatingly designed web, which is aimed at catching small crawling invertebrates. A small platform sheet is made with sticky silk strands attached under tension to a structure below – in the photo above, a Wendy house door! Any small creature touching them sticks to the line breaking it as it wriggles resulting in them being lifted up into the web where the spider waits.