Peatland restoration on the Cheviot

Posted on 26th November 2021 in Latest News by Andrew Mitchell

Peatland restoration of the Cheviot reaches new heights in battle against Climate Change! 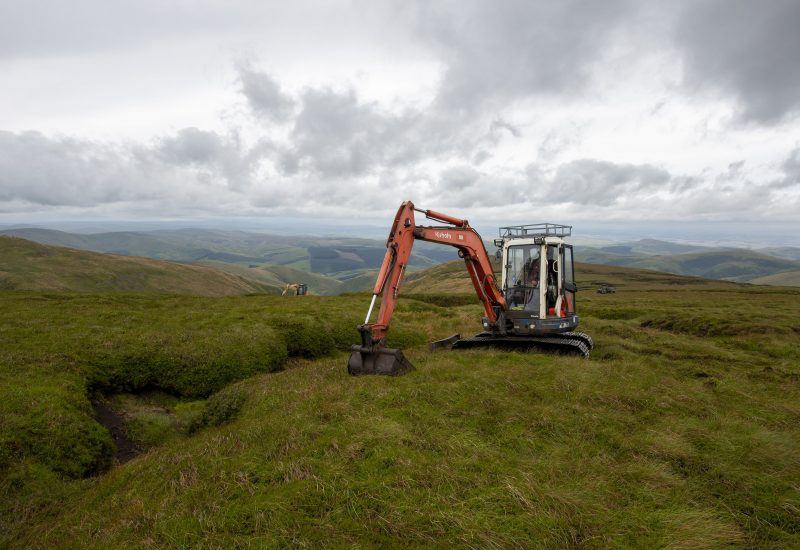 Peatland restoration on the Cheviot

A major peatland restoration project covering an area roughly the size of 241 football pitches, has just been completed on the summit of the Cheviot, the highest peak in Northumberland National Park, to help in the fight against climate change.

England’s peatlands play a significant role in storing carbon and are capable of capturing and storing large amounts of carbon dioxide, as well as being wonderful habitats in their own right. Erosion caused by weather, grazing or land use can expose the peat and lead to the release of carbon into the atmosphere.

The project is one of the largest peatland restoration projects in the North of England covering 151 hectares and will prevent an estimated 585 tonnes of carbon dioxide being released into the atmosphere each year, once restored – equivalent to the greenhouse gases emitted by an average car travelling 1.43 million miles. 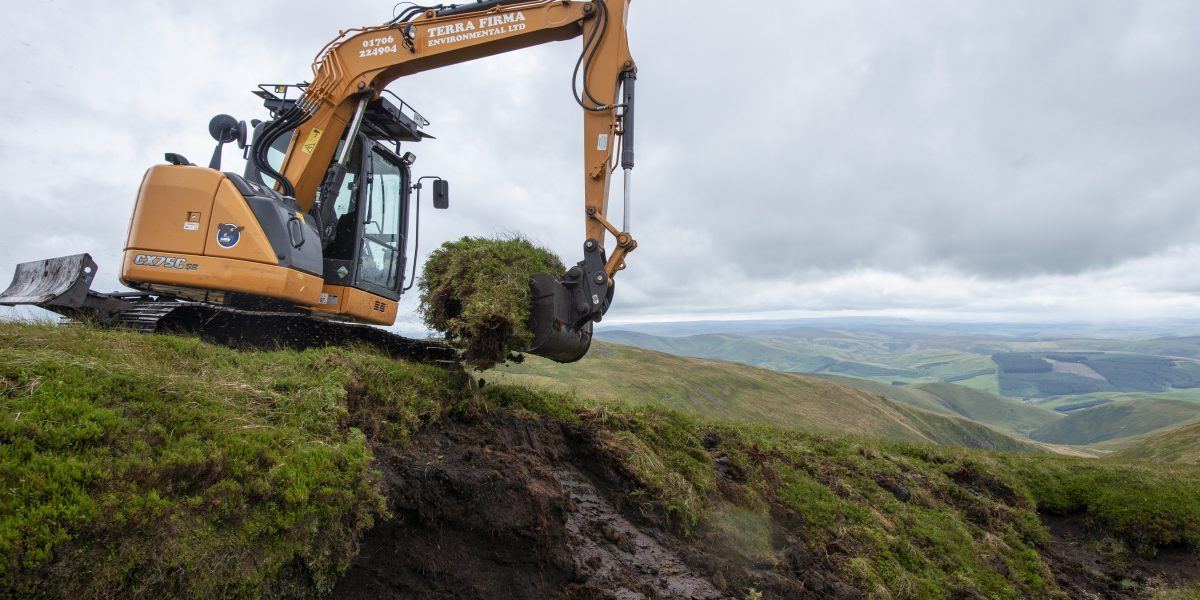 The restoration on the summit of the Cheviot was funded as part of The North of England Peat Partnership, which in 2018 secured funding from Defra as part of a £10 million government peatland grant scheme. This project helps to deliver a specific action identified in the Government’s 25 Year Environment Plan and is an example of how the work of  Northumberland National Park Authority is helping to leave the environment in a better state for future generations.

Following considerable preparation and planning due to the remoteness of the area and sensitivity of the site, work took place over three years. The summit plateau, usually home to a few hardy walkers, species of birds and insects, saw specialist diggers working to reshape the peat haggs to enable plants to grow and prevent further erosion. Native plants, including heathers, cotton-grass and sphagnum mosses have been harvested from the valley below and flown up by helicopter to be planted and help protect the bare peat.

Gill Thompson, ecologist at Northumberland National Park, explains: “Peatlands are the largest terrestrial store for carbon, more than all the trees around the world combined, and it is therefore vital to keep these in good condition to reduce carbon release. On healthy peatlands, the plants absorb carbon out of the air and lock it up, but when the peat is bare, carbon is released into the atmosphere. Through this project, we aim to help native plants get established and then continue to grow in what are quite harsh conditions. 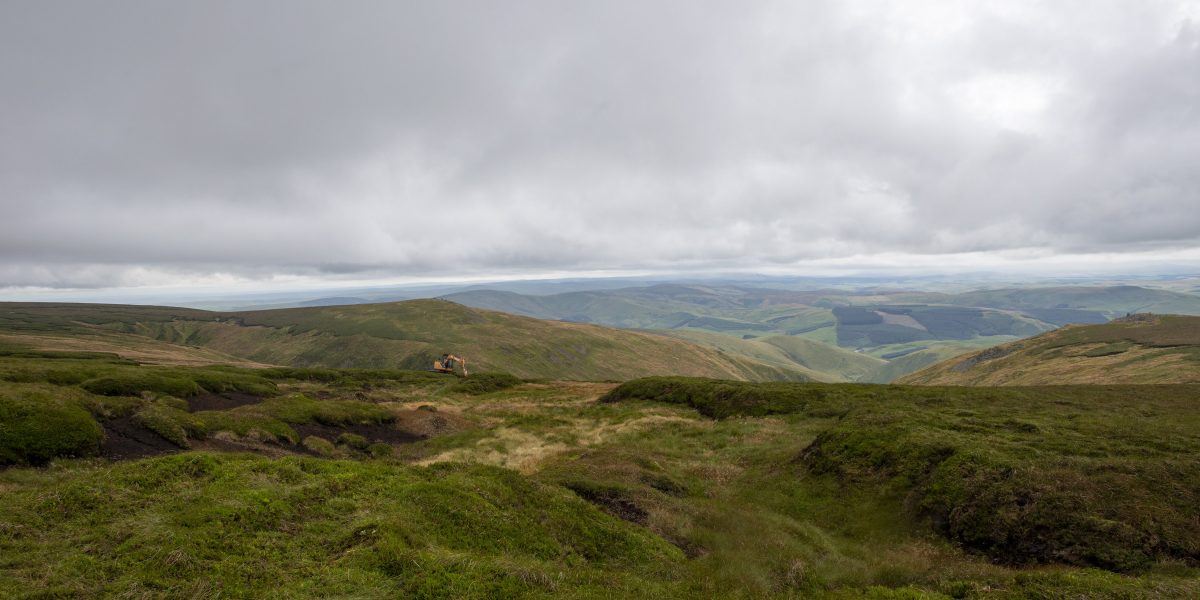 “The peatland restoration on the Cheviot was the highest altitude project to be undertaken as part of The North of England Peat Partnership, and it presented a number of challenges – not only in terms of getting machinery, equipment, seeds and plants to the summit, but also people, as every day the team working on the project needed to walk an hour up Northumberland’s highest hill to get to work – but the views are stunning!

“In addition to helping to make a difference to the UK’s target to reduce carbon emissions, the benefits of peatland restoration include less peat erosion into the Till and Tweed rivers below, improving water quality for migratory fish such as salmon, sea trout and lampreys. It also helps to reduce flooding downstream and protects the habitat for important plant and animal species, including here on the Cheviot golden plover, dunlin and mountain bumblebees.”

Thank you goes to the College Valley Estate who own the land on this part of the summit and Terra Firma Environment who carried out the contract work.  Also much appreciation goes to the volunteers from Northumberland National Park and Northumberland Wildlife Trust for collecting and planting the Sphagnum moss in all weathers, and Northumbrian Water Group for providing extra funding for these volunteer tasks from its Branch Out fund.