Walk up to the magical Drake Stone and visit the 12th-century castle remains. 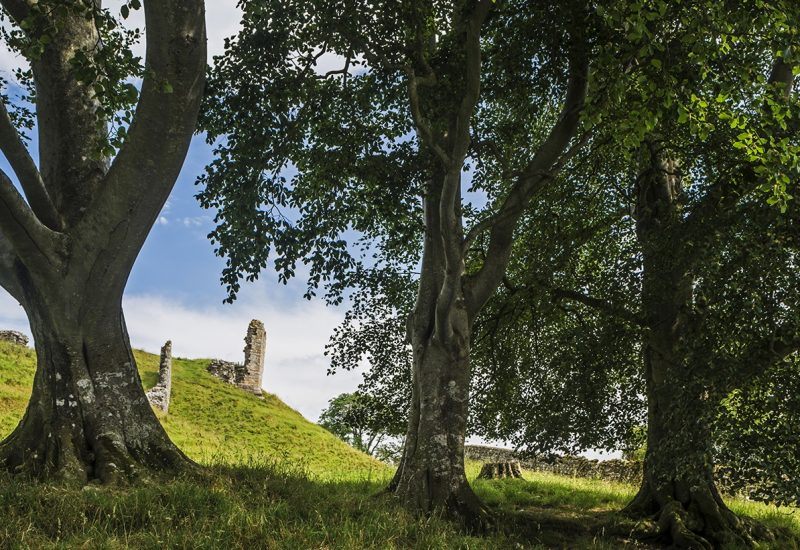 Overlooked by the ruins of a 12th-century castle

The village of Harbottle lies in Alwinton Parish, some 12.5km from Rothbury and 5km south of the Scottish Border. Harbottle, made up of just a single street, is a one of the most picturesque of Coquetdale’s villages. Many of the buildings use pale, biscuit-coloured sandstone. The village is overlooked by the ruins of a 12th-century castle. From here you can walk up to the Drake Stone and the nearby lough.

Here you will find The Star Inn pub in the centre of the village. This “community hub” serves as a local village shop and an information point for the Northumberland National Park and has an excellent wood fired pizzeria in the courtyard, “Pizzeria La Stella”.

Take a short walk from Harbottle to the site of the Drake Stone. This huge stone boulder alleged to have special healing powers.

It was originally called the Dragon stone or Draak’s stone, and was reputed to have been used by druids. The massive sandstone boulder was placed here by a glacier during the last Ice Age. 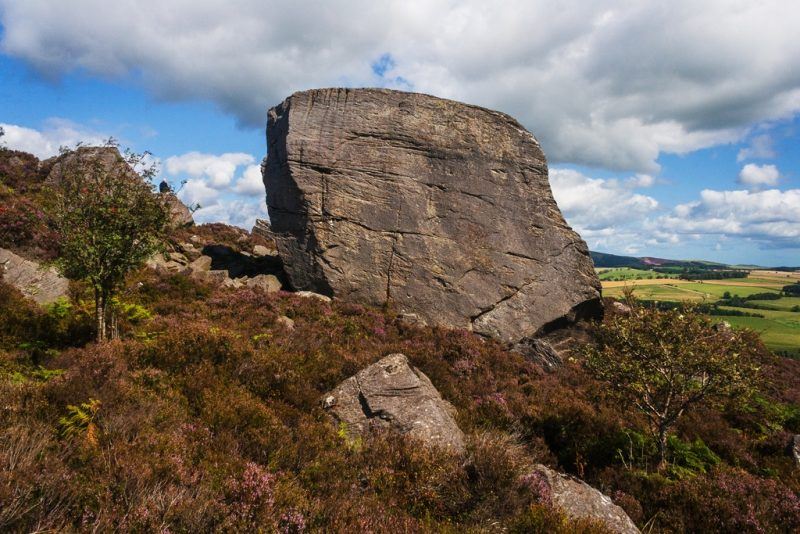 A castle first occupied the site from c.1157 when Henry II ordered Odinel de Umfraville to build a ‘strong castle’ at Harbottle. This was probably a simple motte and bailey enclosure, and was to form part of a chain of such sites built against the ‘auld enemy’ – Scotland. The castle certainly saw plenty of action in the early period of its history.

Surrender to the Scots

In 1174, the castle was surrendered to a Scots force during the invasion of northern England by William the Lion. After this, in the 13th century, a stone keep was built, surrounded by two stone walls.

In 1296, this structure withstood attack by John Balliol’s supporters, only to fall again in 1318 to the army of Robert the Bruce. Subsequently, the castle was de-commissioned and then reinstated, and after 1436 it became the headquarters for the Warden of the Middle March – the wildest sector of the Scottish Border.

The Reivers of Redesdale

In the reigns of Henry VII and VIII, Harbottle underwent surveys and repairs and it became the base for Sir Thomas Dacre, the Warden of the West March, when the reivers of Redesdale were reported as being worse than the Scots.

In 1515, it was the birth place of Margaret Lennox, grandmother of James VI of Scotland (later James I of England) and cousin of Henry VIII. By 1537 however, Harbottle ‘…was not fit for the keeper of Redesdale to live in, so decayed were the roofs and floors’.

At the Dissolution of the Monasteries, stone was brought from Brinkburn Priory and Holystone Nunnery to repair the castle, though it still lacked a kitchen, hall and brewhouse in 1550.

The site was re-garrisoned by 1563. In little more than 40 years, in 1604, it was referred to as ‘an old castle much decayed’. After this time, the site served as a ready quarry for building materials for developments within the village.

The Historic Village Atlas project began in 2004 and was carried out by Newcastle based The Archaeological Practice. It drew on a combination of sources, including archaeological data, aerial photographs, historic building records, old and modern photographs, and original historic maps and documents. It aimed at stimulating community interest in history and archaeology and lead on to further local community-led projects.
Each volume has four main parts:

1. An introduction to historic villages, the methods used and the sources consulted in their study;
2. An analysis and historical summary of the village;
3. A map showing the archaeological sensitivity of each village, classified as of high or medium sensitivity;
4. Conclusions and opportunities for further research
5. A glossary of words and phrases used in the atlas and bibliography of primary and secondary sources.