Great little village with tea rooms and a walk to the ruins of a 12th-century castle. 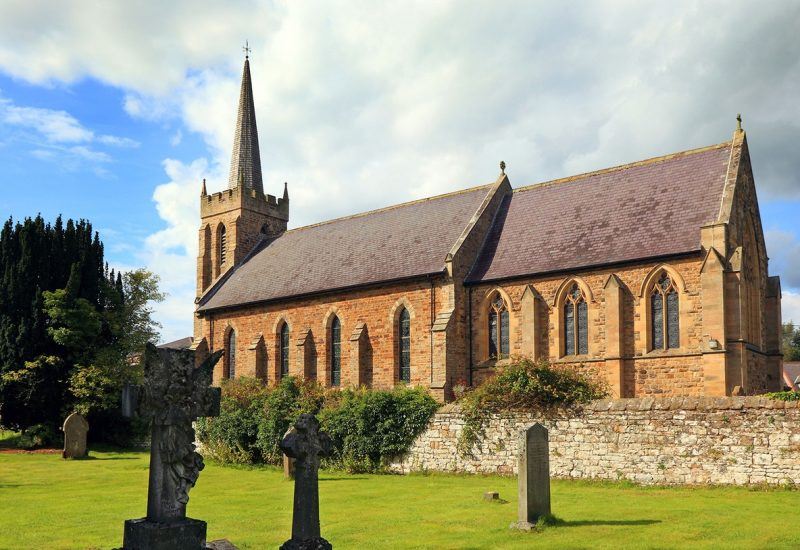 Greenhead is picturesque village and home to Thirlwall Castle

This small village lies just outside the Northumberland National Park, down the road from Walltown. It’s a great place to stop on the Pennine Way.

Here you’ll find tearooms, accommodation, a friendly pub and a farmers market on second Sunday of each month

It’s also easy to get to Thirlwall Castle is a 12th-century castle on the bank of the River Tipalt. In 1999, Northumberland National Park Authority acquired a 99-year lease on Thirlwall Castle and 10 hectares of adjacent woodland. Find out more by downloading our Thirlwall Castle leaflet.

From the 18th century, coal mining was a key industry in the area. Seams near the surface meant miners used drift mines dotted around the surrounding hills.

Just to the north of the village is the 12th century Thirlwall Castle, strengthened using stones from Hadrian’s Wall.

Still central now, the village was a real meeting of the ways before the A69 bypass was built in the 1980s. 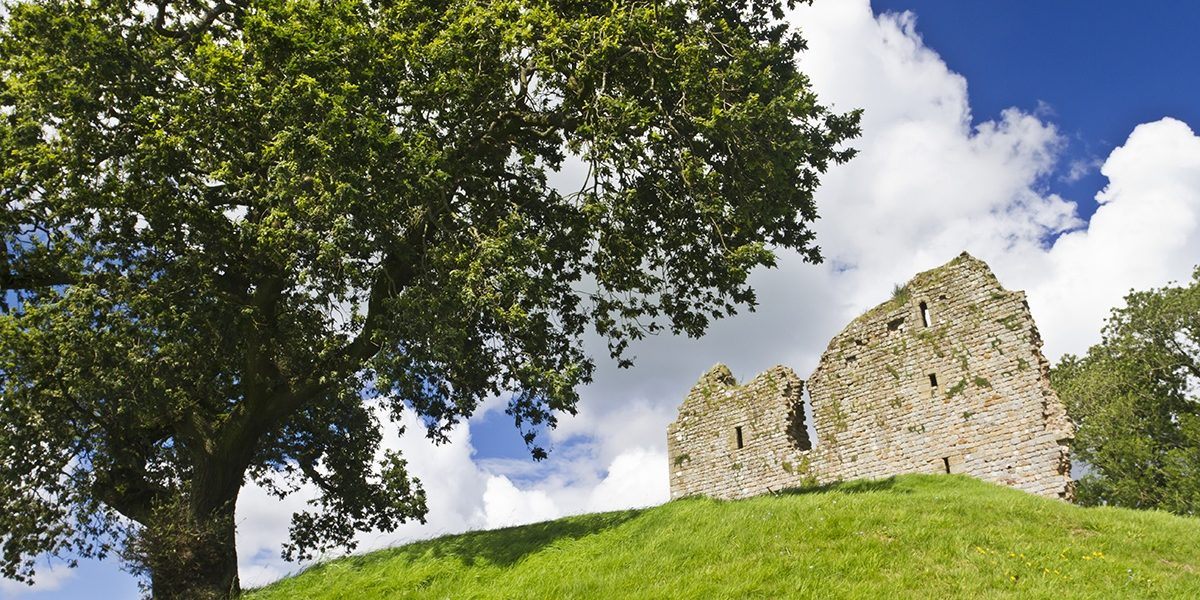 Thirlwall Castle near the village of Greenhead and the Northumberland National Park, England

In the 1330s, John Thirlwall built a stronghold that provided protection for his family and descendants for the next 300 years. The site chosen was a sheltered, wooded bank of the Tipalt Burn surrounded by hill-top positions that could warn of impending raids.

All the materials that were needed lay close by – timber, water and neatly dressed sandstone blocks which had been quarried by the Romans to build Hadrian’s Wall. Other families were also building similar defensive castles in the area. These strongholds became an essential element in the defence of the English Border against Scottish raids.

Several generations of Thirlwall’s survived the border raids and prospered. When Lionel Thirlwall died in 1586, he left a comfortable endowment to his wide and each of his eight children. His will lists many domestic items as well as farm livestock and crops.

After the Union of the Scottish and English Crowns in 1603, more peaceful conditions developed and border strongholds became redundant. By the 1660s, the Thirlwall’s had moved to Hexham where the land was more fertile and the climate a little gentler.

The Thirlwall Castle Estate was sold to the Earl of Carlisle in 1748 for £4,000. The Earl was interested only in the land and allowed the Castle to fall into gradual decay. In the 18th century the crumbling ruins of Thirlwall Castle began to attract the attention of artists and historians who were interested in it because of its links to Hadrian’s Wall. 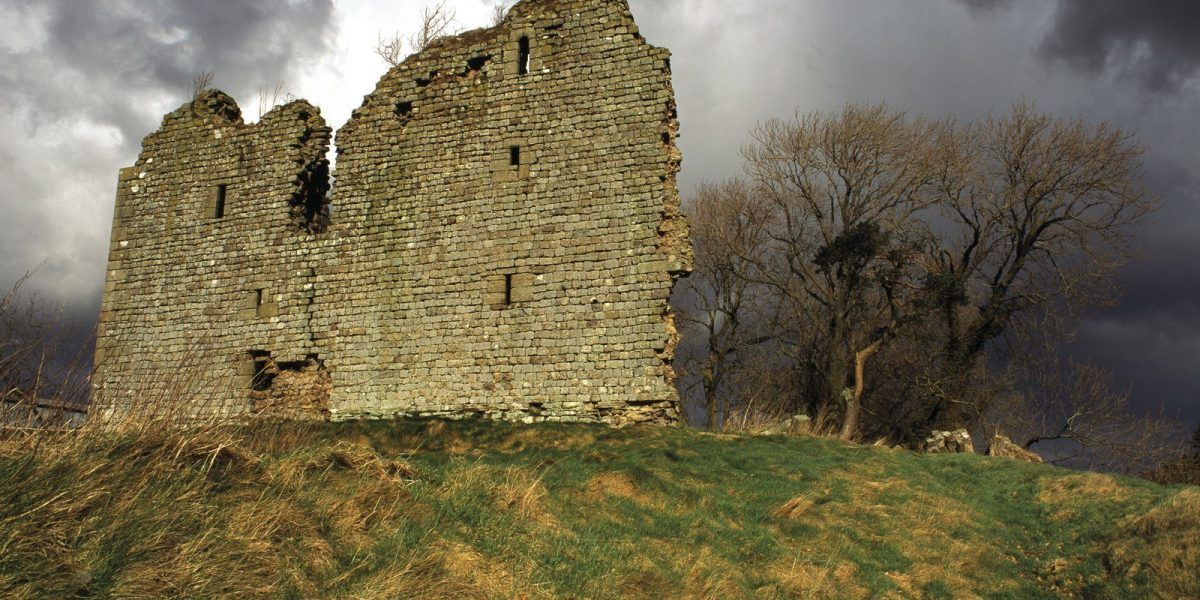 Baron John returned from distant wars with great spoils, amongst which was a table of solid gold guarded by a hideous dwarf whose pitch-coloured skin proclaimed his exotic origins.

After many raids made by envious Border and Scottish Chiefs eager to seize the treasure for themselves, the castle was finally taken by the Scots and most of its defenders killed. But when the Scots battered down the door of the chamber where the table had been kept, it had vanished along with its guardian the dwarf.

One of the Scots then claimed that he had seen the Black Dwarf staggering under the weight of the table to the castle well. The Dwarf flung the table down the well shaft and leapt in after it, magically sealing the well after him.

Legend has it that he remains there still, guarding his table in some underground cavern far below Thirlwall Castle’s foundations. He is under the influence of a spell which can only be removed by the only son of a widow. 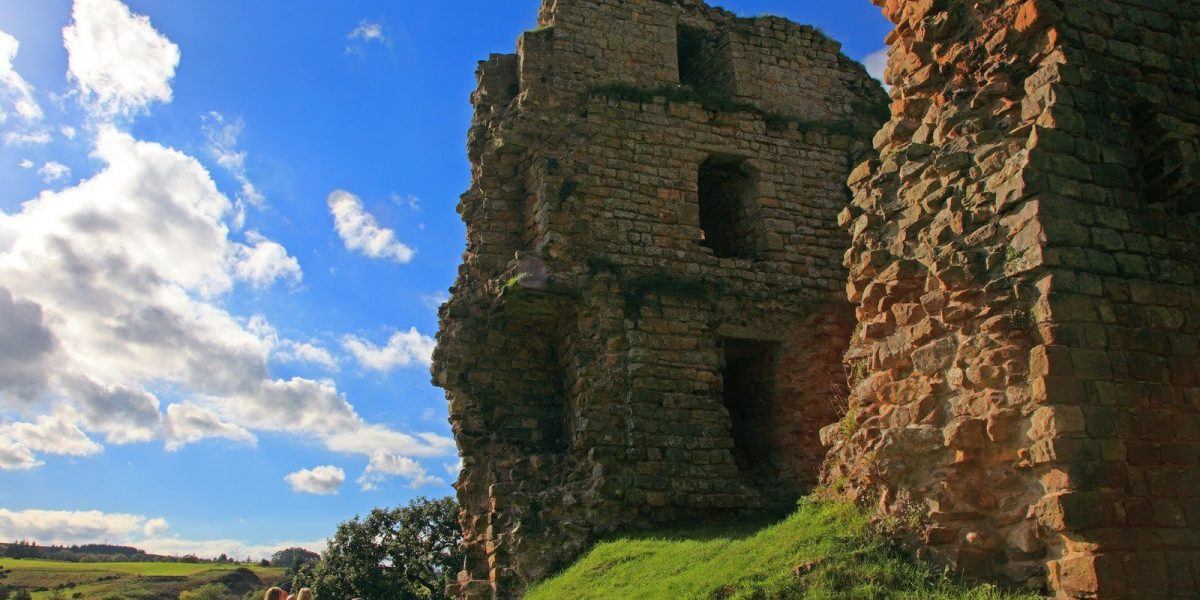 The legend of Blenkinsopp surrounds the White Lady, the foreign bride of Bryan de Blenkinsopp. She hid her dowry of treasure from him at the end of a tunnel beneath the castle.

This led to Bryan de Blenkinsopp leaving home, never to return. It is said that the remorseful lady cannot rest and mourns over the chest of gold. Her spirit will be able to rest only when someone follows her to the vault and removes the treasure.

From the A1, follow the A69 to the B630 in Northumberland, which is the turn-off for Greenhead.

The Hadrian’s Wall Bus takes you to Greenhead.