The palace of King Edwin of Northumbria 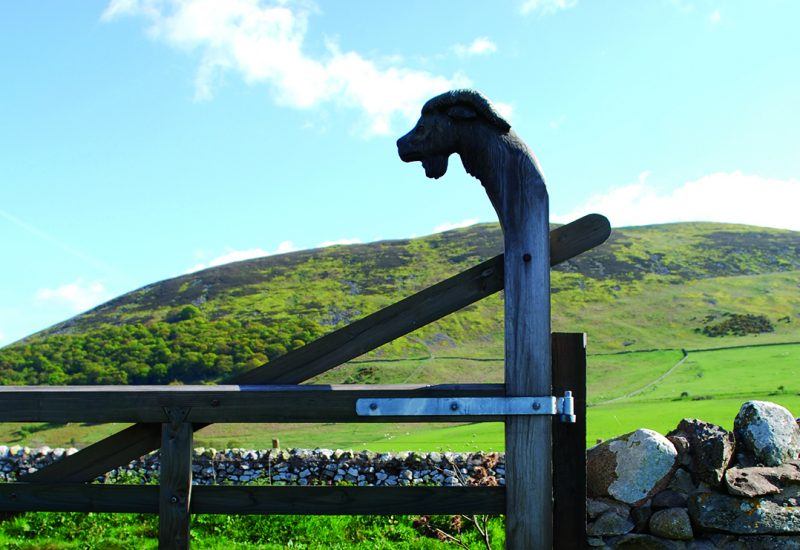 In the 7th Century, the palace of King Edwin of Northumbria and his successors was at Gefrin, near Kirknewton. Bede mentions it as the spot where Bishop Paulinus baptised Christian converts in the River Glen in 627 AD. No one knew its exact location until 1949, when an archaeology professor taking aerial photos spotted crop marks.

Excavations in the 1950s and 1960s revealed a huge complex of great timber halls of more than 26 metres in length. There were kitchens, a timber grandstand, a weaving shed and a ‘Great Enclosure’ to pen in cattle or horses. Look out for the monument on the northern side of the Wooler to Kirknewton road. 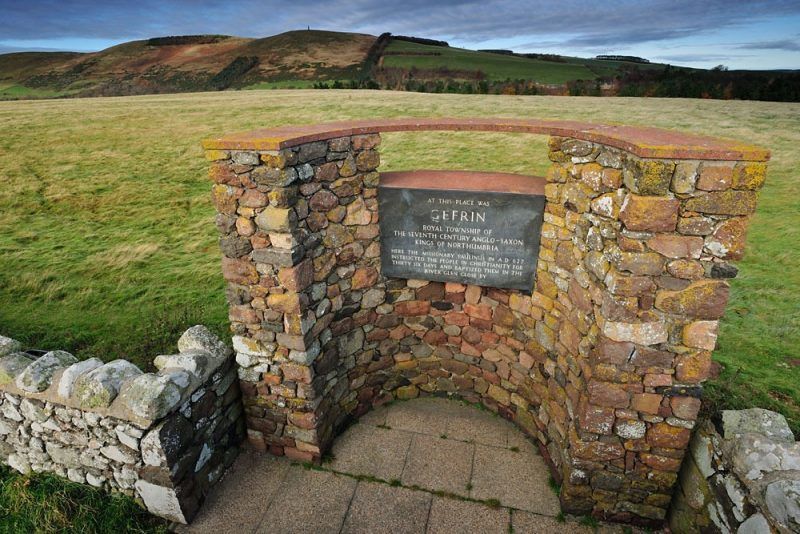 More in The Cheviots