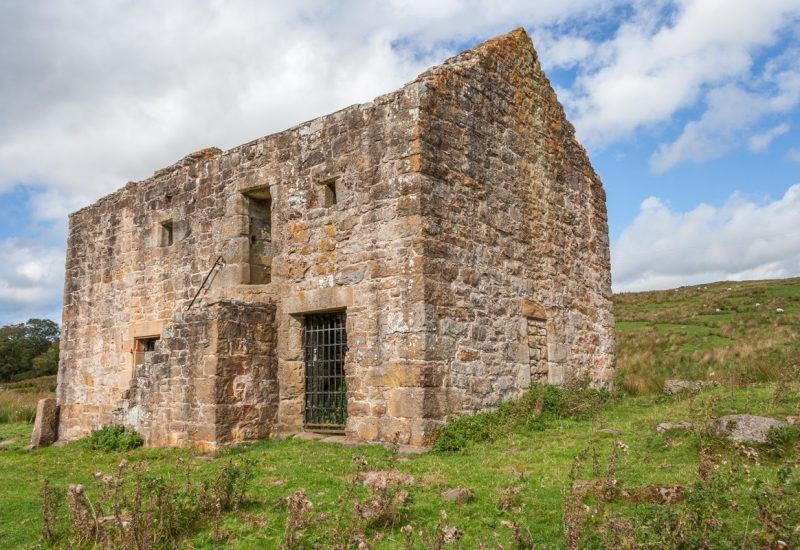 A circular cycle route starting and ending in the town of Bellingham. The route follows the existing National Cycle Network R68 and R10 to Greenhaugh along quiet country lanes.

Click here to explore our Black Grouse Cycle Route on Ride With GPS.

Said to be sited on a Roman station. St Cuthbert’s Church was consecrated in 1180 and is unique in having an arched stone roof built in response to the repeated burnings of its former wooden roof by border raiders. ‘Cuddy’s Well’ is thought to have been used by St Cuthbert for baptisms, and to retain miraculous healing powers. HARESHAW LINN – a waterfall hidden in ancient woodland, is a short walk from Bellingham.

The house is the home of the Charlton family, and was built in 1719 with later alterations and an earlier core. It stands on or near the site of a 14th-century tower or bastle house. Nearby in the Chirdon Burn valley is the remains of DALLY CASTLE – built in the 13th century as a ‘hall-house’ (a defensible building) for a Scottish nobleman.

Situated in the Tarset Burn valley, the village is overlooked by Kielder Forest and the vast moorland expanses of Hareshaw and Troughend Common. The Holly Bush Inn dates back to the early 18th century.

A fortified farmhouse built in the 16th – 17th centuries to withstand the frequent cross border raids by the Border Reivers. The stout walls protected the family and their livestock.