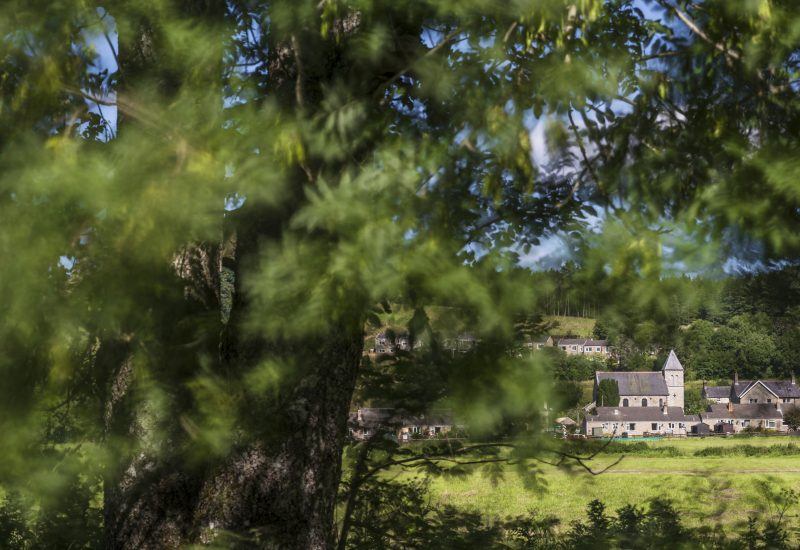 Get on your bike and Explore Bellingham, Snadburgh, Falstone and Wark on this North Tyne Circular Route. You’ll largely follow the existing National Cycle Network – Pennine Cycleway Route 68, Reivers Route 10 to Greenhaugh. There are hills to negotiate on all the routes, nothing too steep, but some long climbs.

Explore our Salmon Cycle Route on Ride with GPS here.

Said to be sited on a Roman station. St Cuthbert’s Church was consecrated in 1180 and is unique in having an arched stone roof built in response to the repeated burnings of its former wooden roof by border raiders. ‘Cuddy’s Well’ is thought to have been used by St Cuthbert for baptisms, and to retain miraculous healing powers.

The farmhouse dates back to the late 15th century. The oldest central part may be a tower or bastle. The Bastle was a fortified farmhouse built to withstand the frequent cross border raids by the Border Reivers. The stout walls protected both the family and their livestock.

The village sits at the foot of the Kielder dam which was built in 1976 to create the largest man-made reservoir in Europe. A National Park Information Point can be found in Falstone Old School Tea Room along with a small shop. The village has a pub, the Blackcock Inn, which serves food and offers accommodation.

Situated in the Tarset Burn valley, the village is overlooked by Kielder Forest and the vast moorland expanses of Hareshaw and Troughend Common. The Holly Bush Inn dates back to the early 18th century.