Trip over the Border 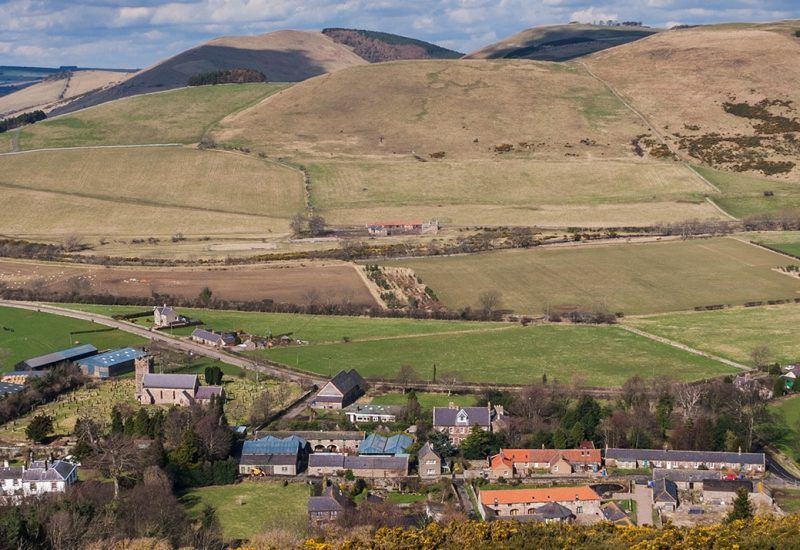 Trip over the Border

A leisure ride from Wooler to Kelso in Scotland and back along quiet roads, with plenty of opportunities for stops to explore places of interest.

Local Facilities: Toilets:  Toilets for public use are at Wooler, Kelso and Kirknewton.  Toilets at pubs and cafes are generally for customers only.

Click here to see the full route map on Ride With GPS.

A leisure ride from Wooler to Kelso in Scotland and back along quiet roads, with plenty of opportunities for stops to explore places of interest.

The ride starts and ends at the Wooler Milk Bar & Cafe in Wooler. This ride demonstrates that Wooler is a well-positioned gateway to the best of Scotland, in addition to being the gateway to the Cheviots. It takes a scenic route from Wooler to the ancient market town of Kelso in the Scottish Borders.

From Wooler the route heads north past the gliding club to Milfield and then on to the Flodden Battlefield (1513) where King James IV of Scotland was killed.  The route then takes us to the beautiful River Tweed and we follow the road along the south bank of the river to Carham. This year is the 1000th anniversary of the Battle of Carham between Northumbrians and Scots which is significant because its outcome (a victory for the Scots) defined the eastern border between Scotland and England.

After Carham we cross the border and continue to follow the Tweed valley, eventually crossing the river along the elegant 5 arch Rennie Bridge built in 1803, to enter Kelso. We will have lunch in Kelso and stroll around its lovely cobbled market square and visit the impressive ruins of the 12th century abbey.

From Kelso we return to Wooler via Mindrum through attractive rolling countryside which yields spectacular views of the Scottish Southern Uplands and the north Cheviots.  We follow the valleys of the Bowmont Water and the River Glen, going through Kilham and Kirknewton and along the northern boundary of the National Park to the A697 and then on to Wooler

The ride is all on road.

This route was created by Kevin Malloy of Wooler Cycle Hub.