Home » News » Blog » Willows for wildlife starting to pay off

Willows for wildlife starting to pay off

Posted on 9th April 2019 in Blog by Andrew Mitchell 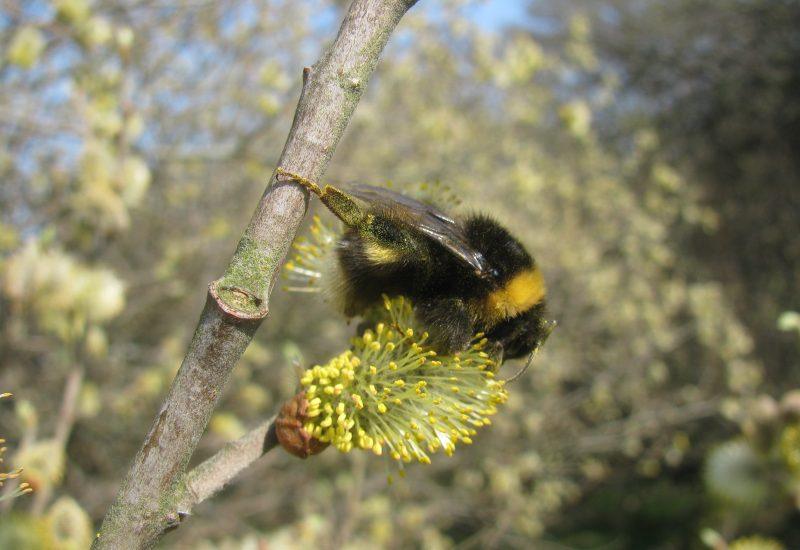 In 2014, 500 Willow trees were planted in small groups across a 20km area around the Simonside Hills. Now, five years on they are mature enough to blossom and already starting to pay back by providing nectar for hungry queen bumblebees fresh out of hibernation.

Over the last two years a further 300 trees have been planted across a similar area in the North of the National Park. Provision of nectar on such a scale is critical if real long-term nectar provision is to help bumblebees and other pollinating insects. 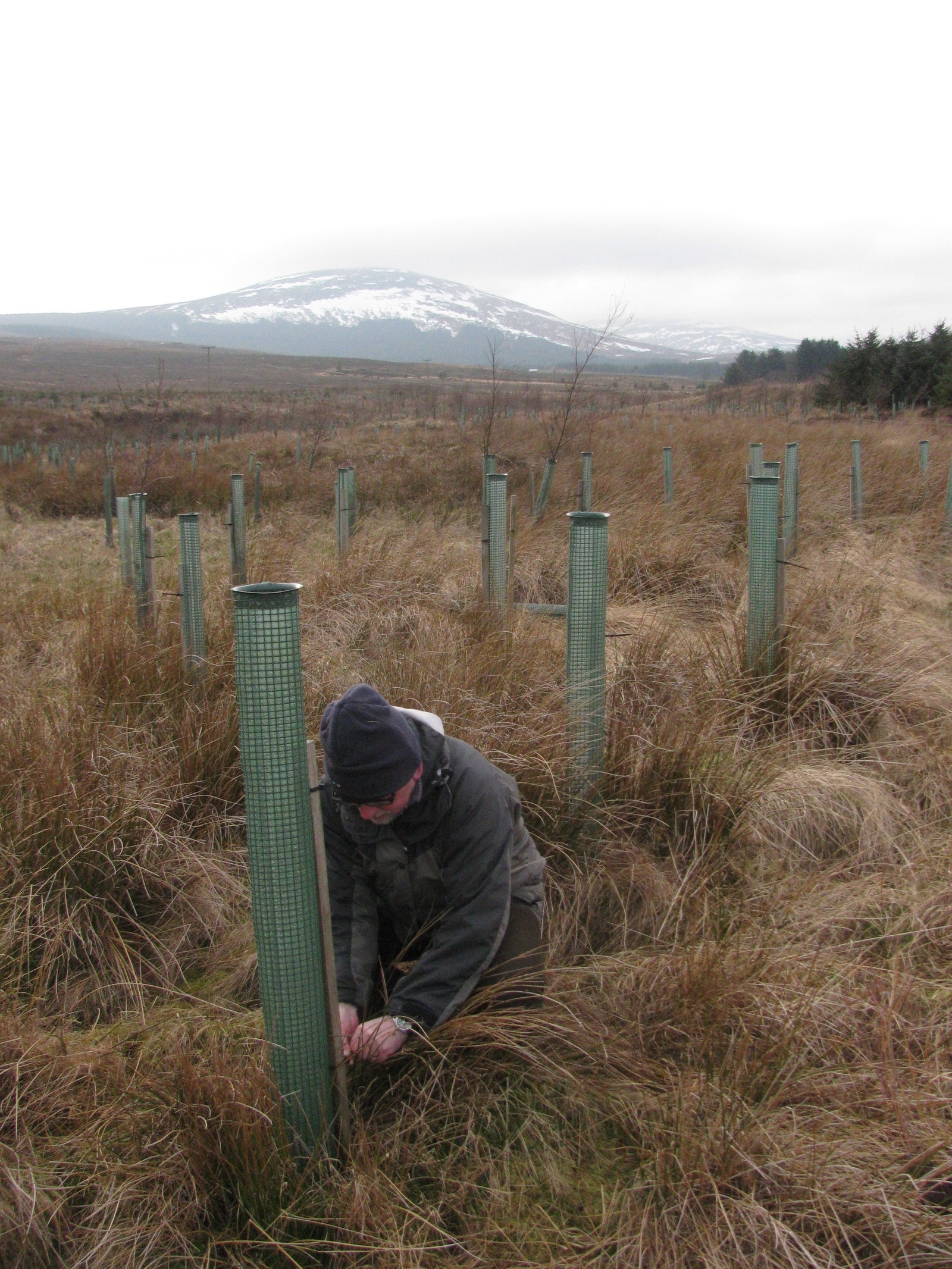 More plantings are now set to follow across other areas of the National Park, which should help provide a network of nectar stops for these important pollinators. Now however, with reduced grazing pressure on the land, may be the time to try to reintroduce Willow into more suitable sites.

The value of Pussy Willow as an early pollen and nectar source is unrivalled in the Spring when little else is available for the foraging queen bumblebees that have just emerged from hibernation. Without this, queen bumblebees would need to fly longer distances to locate nectar, using up valuable food reserves. Large areas of suitable nectar sourced near to these emerging queens may even help in better nest success rate, with queens having to fly shorter distances.

Willow would have been a common plant on the landscape in the past, before agricultural land improvements such as drainage and grazing. Due to the absence of Pussy Willow many species of bumblebee on moorland are largely dependent on Bilberry flowers as an early nectar source. This, however, usually flowers in mid-April a month after the first queens can emerge from hibernation. 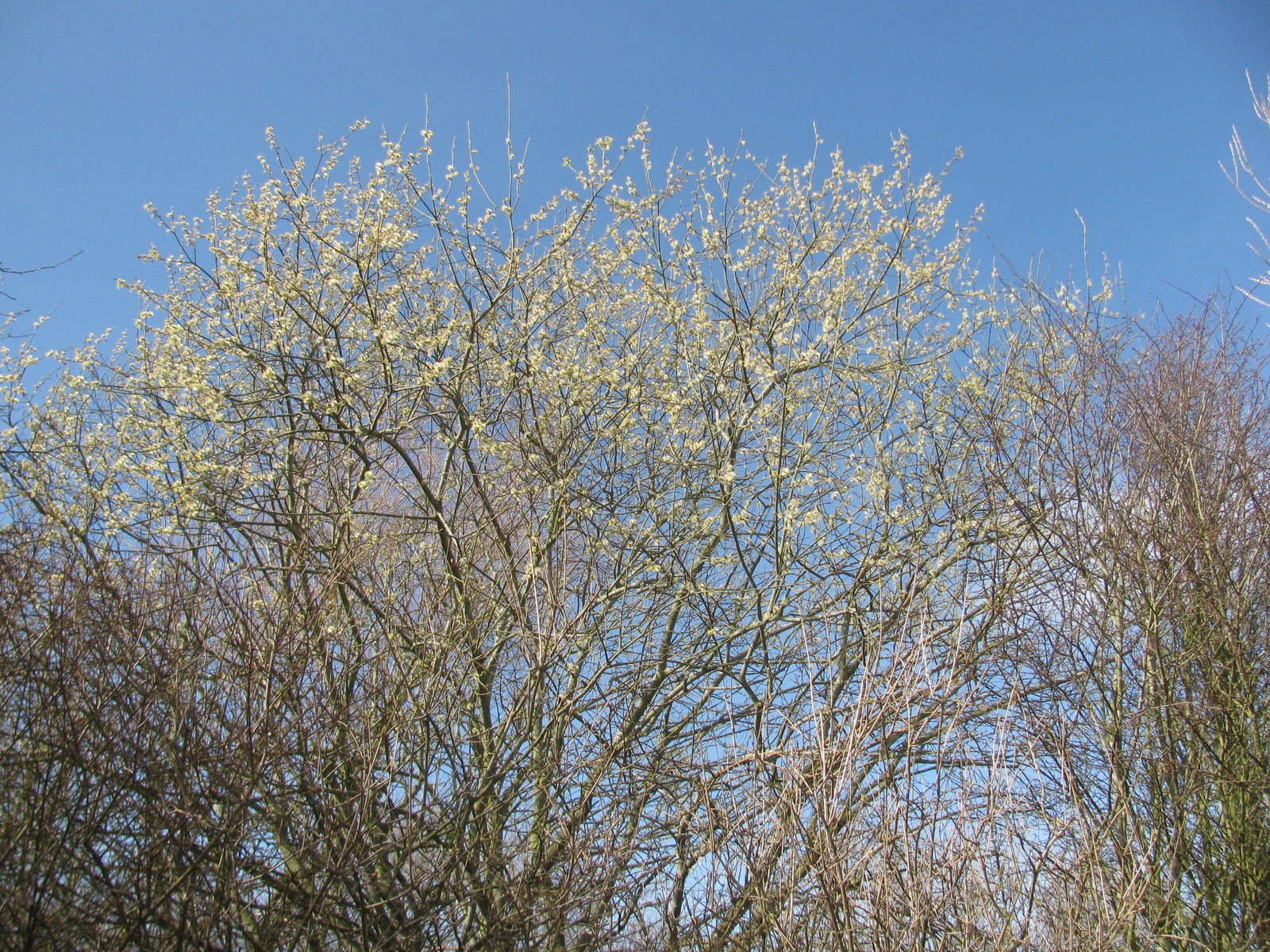 All of these spring bumblebees are queens and the years breeding success is dependent upon them managing to start new colonies, which can only be better prepared if they have been able to find quick, easy and local supplies of nectar.

Reintroduced Pussy Willow is quick growing and can reach a point of supplying nectar within a few years. It can be grown from cuttings, making it both sustainable and cost effective. It is ideal for poor ground sites and provides a natural carbon storage solution. Between seven and eight species of bumblebee would benefit as well as numerous butterflies, moths and other insects.