Posted on 5th June 2020 in Blog by Andrew Mitchell

Ranger Shaun Hackett explains the wonderful world of woodlice that you can discover in your garden. 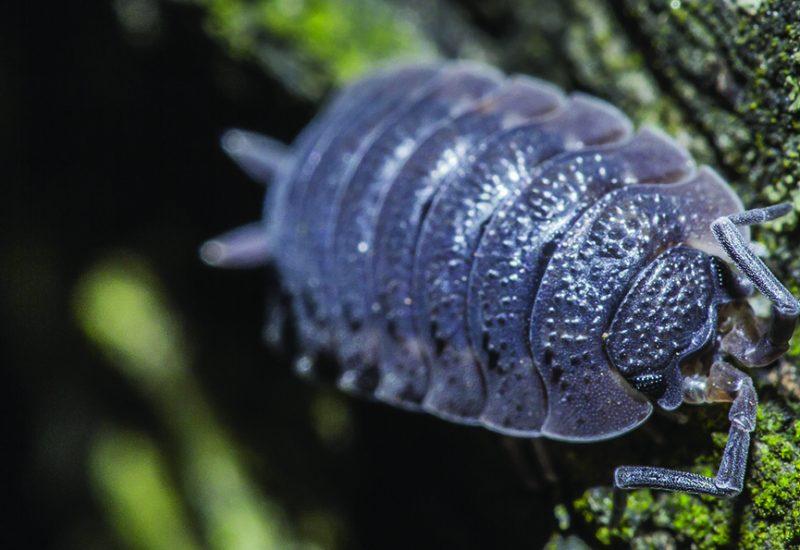 Related to shrimps, crabs and lobsters, woodlice are what’s known as Isopods, referring to them having an equal number of legs, fourteen in all. They start life with only twelve but gain a pair after their first moult. There are several different species known as runners, clampers, rollers and creepers; all named after the different ways they move about.

They feed mainly on dead organic matter which they hunt out by taste and smell. By chewing up large amounts of dead leaves they help speed up decomposition which helps return nutrients to the soil.

They are active mainly at night in damp weather, spending most of their lives living in the dark together under wood, stones and log. They moult several times; one half of the body initially followed by the other. They then eat the discarded skin which helps supply calcium for their skin’s development.

The female has a brood pouch on her underside where she carries her eggs are at first which after hatching the young are carried in. They wee through their skin as a gas and do near rectangular poohs!

It is fun to hunt for them in your garden but you should always remember to replace any wood, stones or logs lifted as this is their home.  Here’s some of the species you might find.

This is one of the most common and larger of the woodlice found in the UK, growing up to a length of 16mm. It is grey in colour with light patches sometimes yellow flecks. 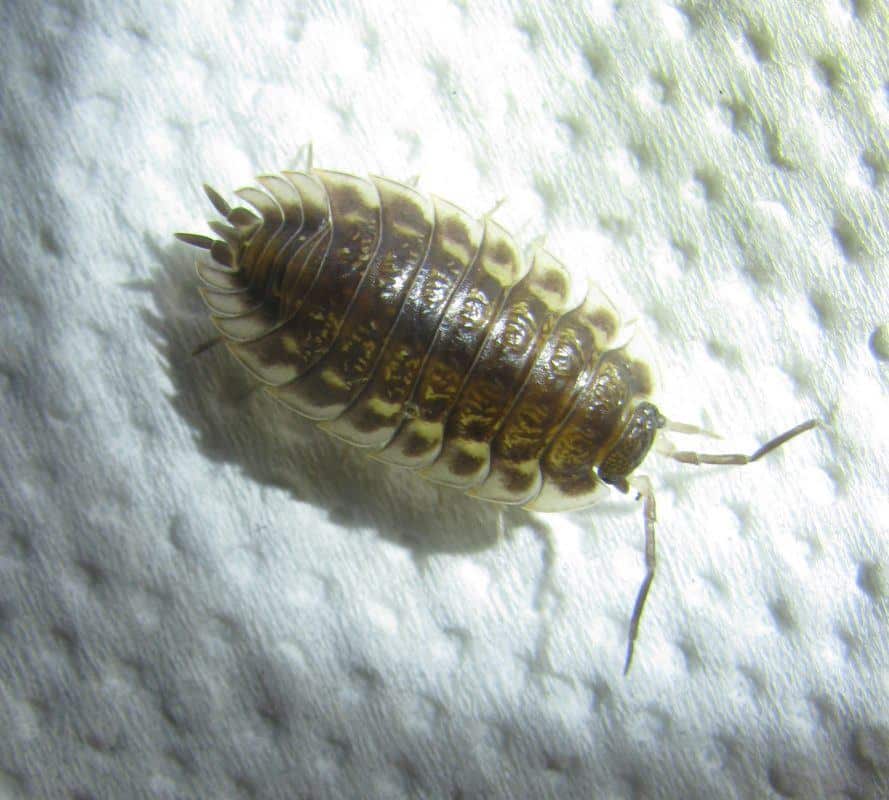 The adults have a quite smooth and shiny body, but the juveniles are a little rougher. This species enjoys a quite damp habitat and is often found under logs and in wood piles.

This large woodlouse can grow to maximum length of 18mm. They are commonly found as a uniform grey colour sometimes with yellow mottling. 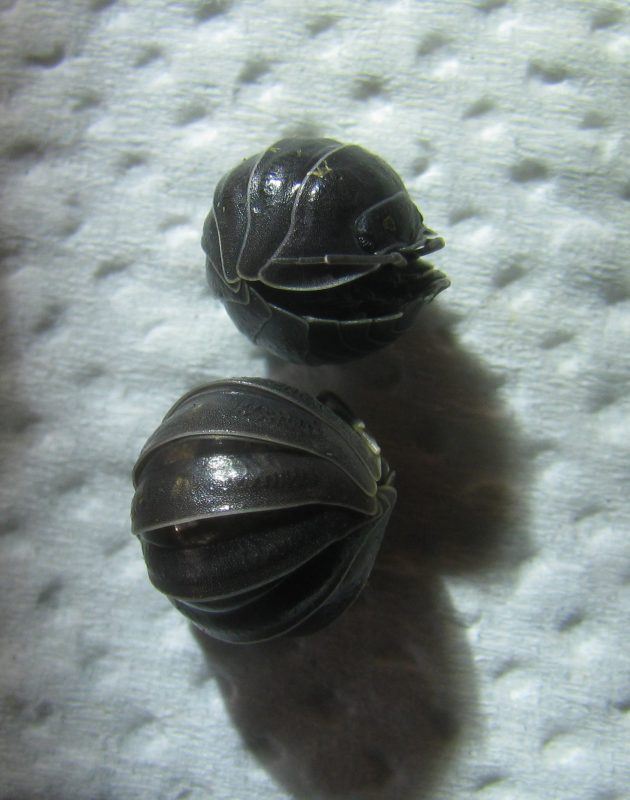 Their body is extremely arched in shape; and roles into a ball if disturbed. This species is very drought tolerant and is found under leaves on the woodland floor and on walls. 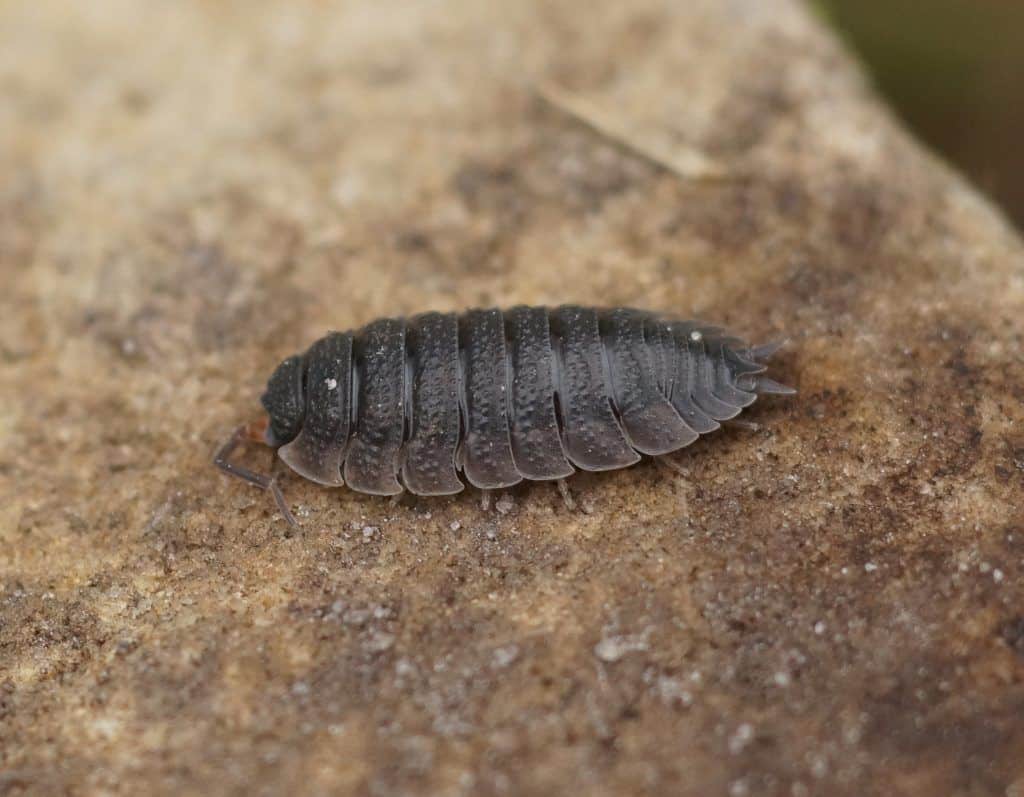 It has a dull appearance and prefers drier sites than most other common woodlice species. You might find it in leaf litter and stone walls.

A small (5mm long) reddish-brown smooth bodied and shiny woodlouse that at first is hard to see in leaf litter where it is most commonly found. 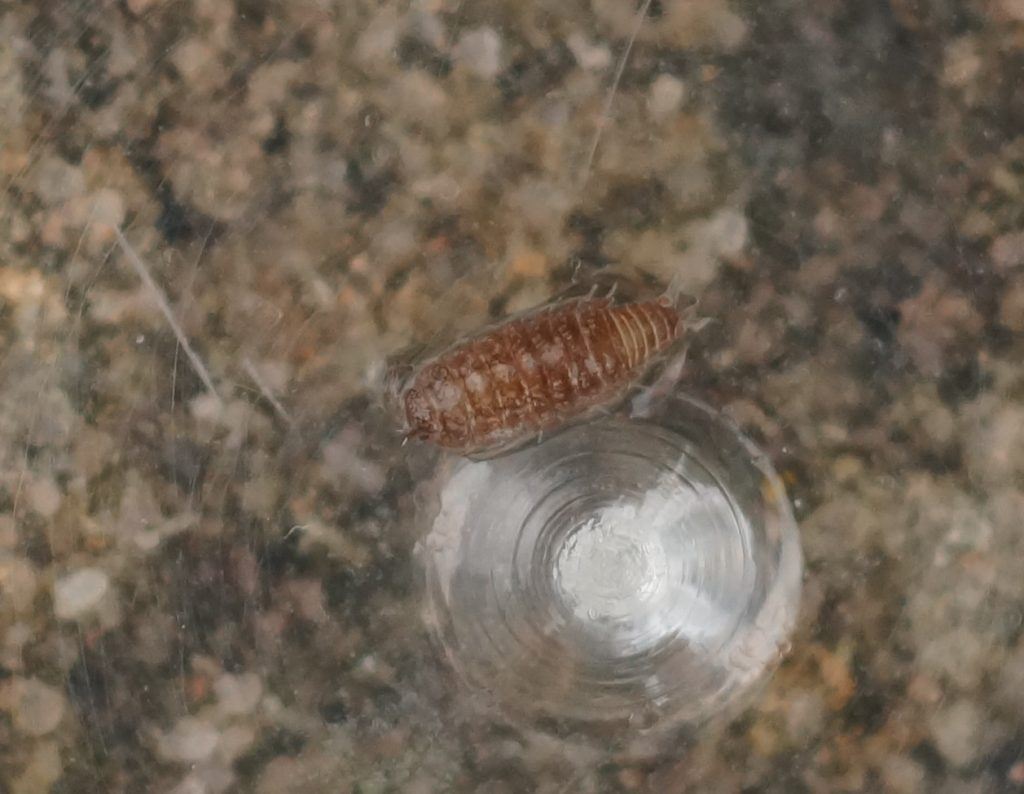 This medium sized woodlouse can grow to 11mm in length. This is a fast runner and will often evade capture. 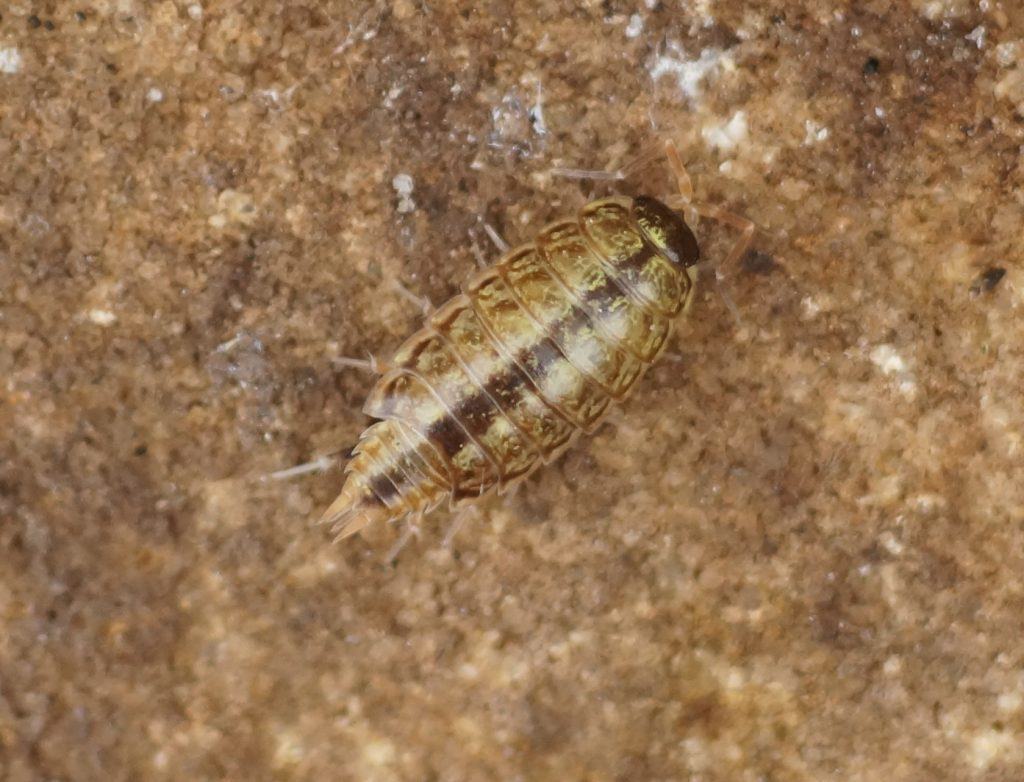 It has a smooth and shiny body and is generally yellowish-brown in colour with a dark stripe along the back with a black head. It likes slightly drier sites in wood piles leaf-litter and grass but does turn up under stones too.

Proving that not all woodlice are dull coloured, the Rosy woodlouse is variable in colour but usually bright orange to salmon pink with double yellow stripe along its back. 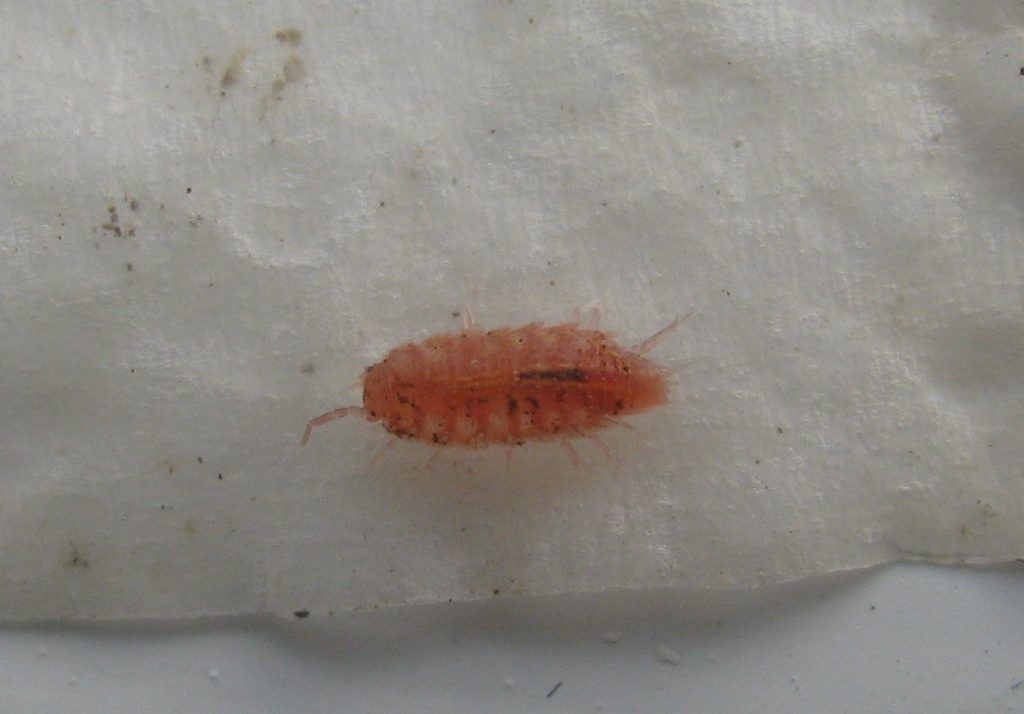 This is a small species (max 6mm) and its body has an array of small bumps and spines over it. This species is more typically found in permanently damp places under stones and bricks.

Searching are woodlice in your garden can be fun and educational but also remember to gently put back any stones and logs so not to disturb their habitat. Looking for more information why not try:

The FSC Woodlouse Name Trail features the 9 commonest species found in gardens and around buildings.

The British Myriapod and Isopod Group is another great resource. It aims to actively develop identification, training and recording relevant to improving the knowledge and conservation of centipedes, millipedes, pauropods & symphylans (the Myriapoda) and woodlice & waterlice (the Isopoda) found in Britain and Ireland.